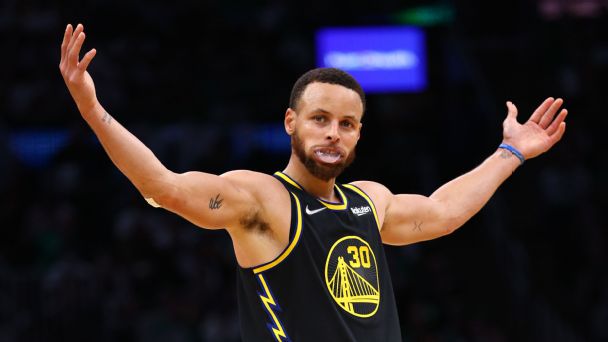 He continued his break from his day job with a side gig hosting this year’s ESPYS.

“It has been a pleasure to attend the ESPYS, but I never imagined that I would have the privilege of hosting this special event,” Curry said in a statement. “As someone who loves the intersection of sports and entertainment, I look forward to providing an exciting show for fans as we honor the athletes who created the best moments of the year.”

Curry is the ninth athlete to host the awards show.

But he is not the only NBA player with interesting activities in the offseason. From star-studded weddings to surprise Drew League screenings and more, players across the association have been quite busy this summer.

Brown’s water training is an interesting way to prepare for the season.

👀 JB’s summer workouts are no joke

The premiere was also a family affair. Brothers Francis, Tanasis and Kostas were six-time All-Stars.

The Southern California native, a first-team regular in the Drew League, scored 39 points in his summer pro league debut and later joined James on the MMV Cheaters.

In one niche activity, the 6-foot-11 center built a life-size Lego statue of Darth Vader from Star Wars. Turner left in March for his hobby.

Love tied the knot with Canadian model Kate Bock, and both current and former teammates were in attendance.

Paul returned to New Orleans, where he was drafted in 2005, to attend the Essence Festival. The NBA vet and HBCU advocate discussed Season 3 of ESPN+’s Why Not Us , which premieres Aug. 11 and follows Southern University’s Fabulous Dancing Dolls.