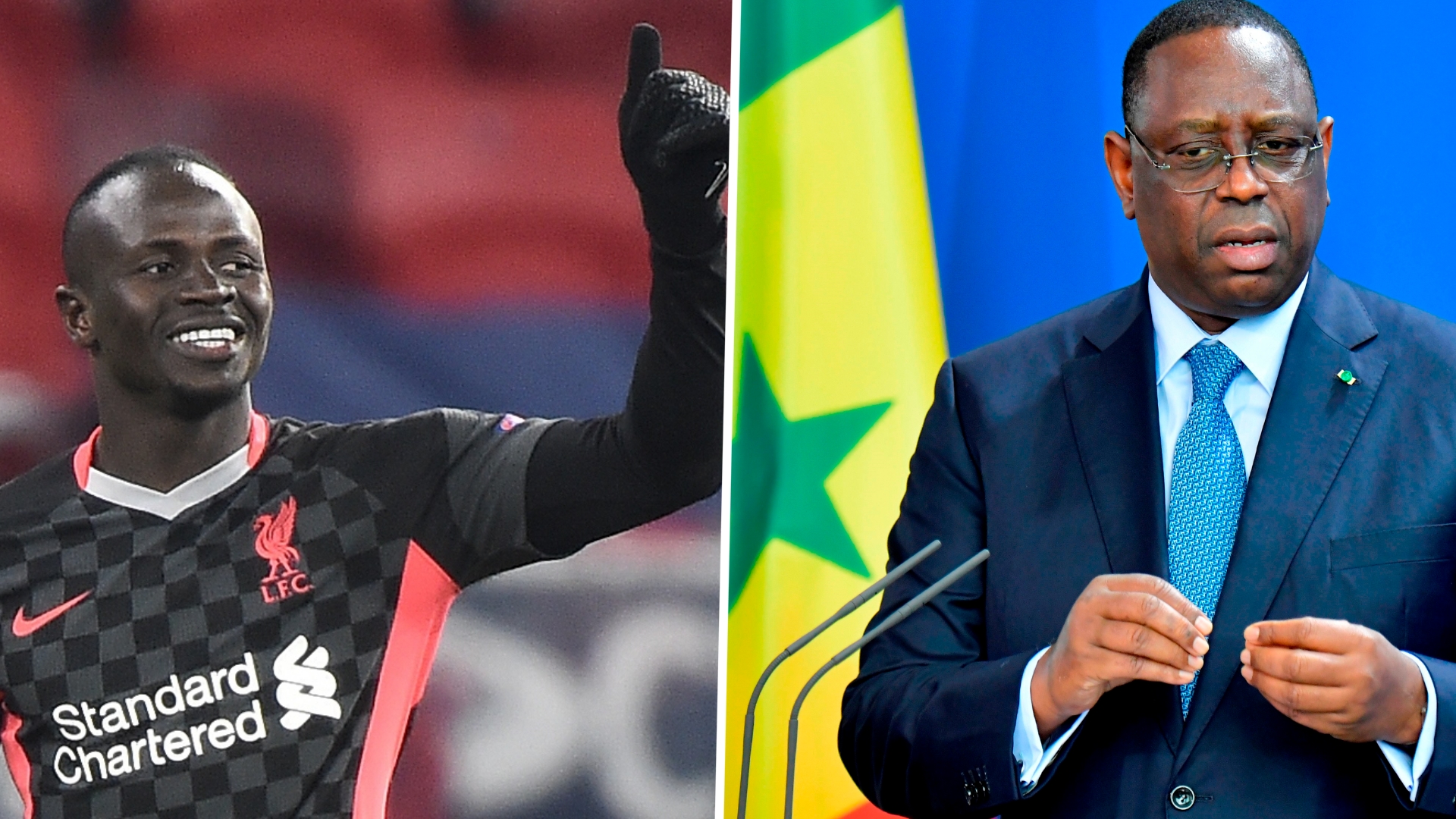 Liverpool striker Sadio Mane was greeted by Senegalese President Macky Sall on Thursday after helping the country to back-to-back wins during the international break.

Mane was part of the Teranga Lions squad that beat Zambia and Cape Verde on Saturday and Tuesday respectively, and he scored one goal in each game.

The Liverpool star is the second highest scorer for the national team alongside former Marseille striker Mamadou Niang with 23 goals and he is behind all-time top scorer Henri Camara by eight goals.

After completing his international service with Aliou Cissé’s team, Mane went to the Palais de la République in Dakar to brief President Sall on his social programs.

The 2019 African Footballer of the Year is keen to build a hospital in his birthplace, Bambali, and he has requested the government’s contribution to provide medical staff to the facility.

Also at the meeting, Mane reportedly discussed Senegal’s preparations for the 2022 FIFA World Cup qualifiers and the 2022 Africa Cup of Nations tournament in Cameroon.

The Teranga Lions narrowly missed the continental crown in Egypt two years ago after a 1-0 loss to Algeria in the final.

“The social worker from Liverpool came to discuss with the Head of State on his social actions, including the construction of a Hospital in Bambali. He requested state assistance for medical personnel.

“The new Senegal stadium and the preparation of the national team with the last two friendlies were also on the agenda.”

In 2019, after Mane finished fourth in the Ballon D’Or table behind Lionel Messi, Virgil van Dijk and Cristiano Ronaldo, President Sall took to social media to cheer on the 29-year-old on behalf of the whole country. .

“My dear Sadio. Through me, Senegal expresses its encouragement and congratulations for this place in the top four for the 2019 Ballon d’Or, ”said Sall.

“The example of self-sacrifice and perseverance which was your credo will allow you, we are sure, to conquer this trophy. Well done!”

Mané and his Senegalese teammates will regroup again in September for their World Cup qualifiers, with matches against Togo and Congo.